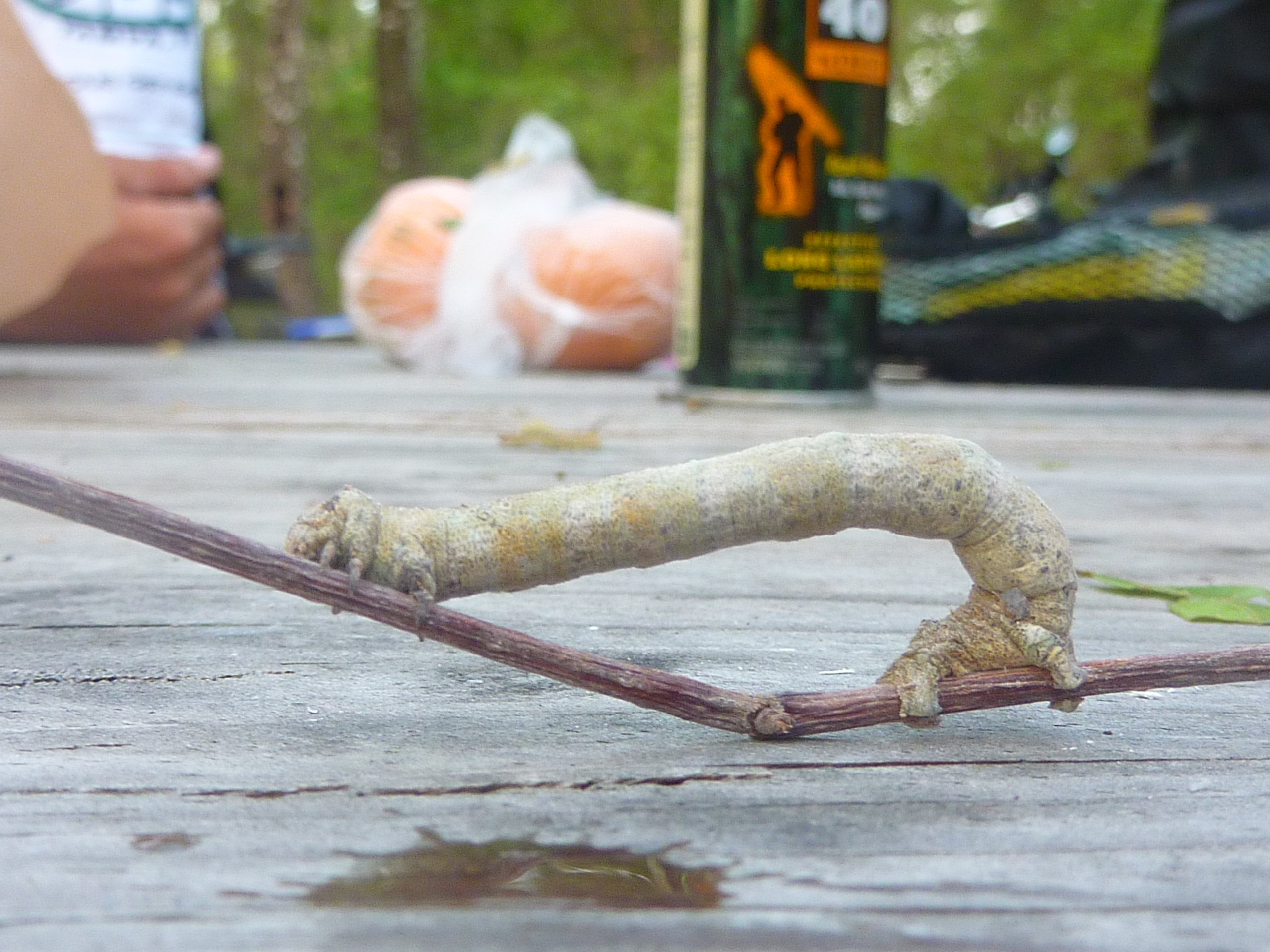 Although it is wonderful to discover far-away, exotic places. A lot of times it is just as nice and sometimes just as adventurous, to go on an overnighter bicycle tour right here in Florida. Since I was feeling a little jealous of Ron’s little getaway last weekend I was really itching to go on a little bike-camp-trip myself. Of course it didn’t take a lot of arm twisting to get Ron to go along, so we planned on a weekend bicycle tour starting right after work on Friday.

I rode my bike with panniers packed to work, where Ron and our friend Sam met up with me after work to pedal through Starkey Park, up the Suncoast trail to a primitive campground near the trail on SR 52. The next morning a new “club member”, Bobby, joined us for the rest of the weekend. We continued up the Suncoast Trail toward Lindsey Lake Road. From there, we we cut over to the Withlacoochee Trail, which takes us to the Campground at Silver Lake.

The road had little traffic, nice scenery, and a little country store with ice-cream and cans of ‘Pickled Possum Peckers’ to offer. Once at the campground we scouted out our next campsite….it had to be big enough for three little tents, our bikes and it had to have enough trees to hang up our beloved  hammocks.  As we were setting up camp, we noticed that it kind of sounded like it was raining, oddly enough, the sun was shining and the sky was blue; however, something was definitely hitting the leaves on the ground.

And there they were–little caterpillars–everywhere!
On the table, on the bikes, on the gear, the tents, us…it was raining caterpillars!
Didn’t anybody check the weather forecast??!! Just a little inchworm, one of the many different kinds of caterpillars it is raining

Oh well, since we were set up and really didn’t have anywhere else to go, we decided to stay put. We just learned to get very efficient in flicking those little guys off each other.
Later on that day Terri, Sam’s wife, decided to join us at the campground and she was nice enough to bring us some cold Radlers, which made the caterpillar-downpour a little more enjoyable.
Thanks Terri!

The next morning we packed up, and started heading back out on the trail to SR 50, then took a couple of nice country roads along horse-, cow-, and Alpaca-farms, toward the San Antonio area where we hit a few hills. When we finally made it to Masaryktown we enjoyed an awesome lunch at the “Harmony Family Restaurant” before we found our way back to the Suncoast Trail, that took us close to home.