Training For Vacation! Cycling in Florida 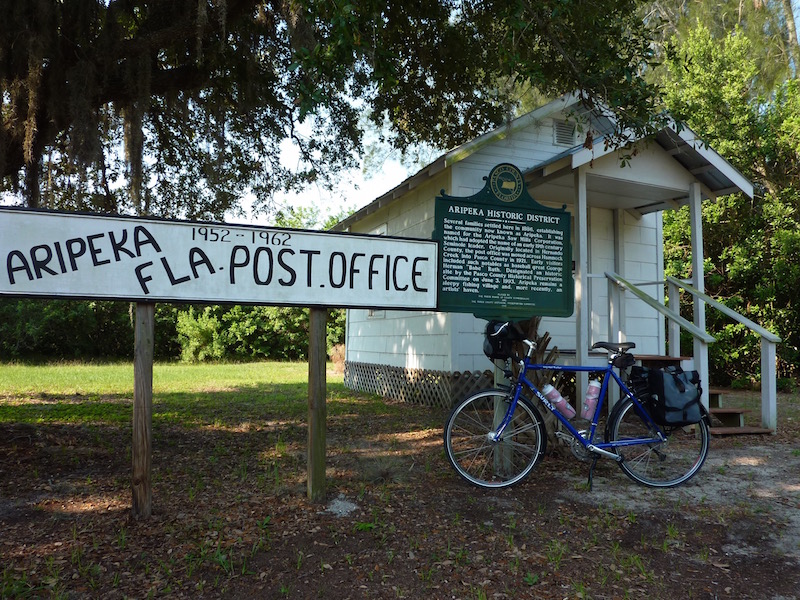 25 May Training For Vacation! Cycling in Florida Yes, with our vacation being just around the corner it is time to step up the training. We know what you are thinking: “What in the heck are these people talking about?”, “Training for vacation, are they MAD?” Well you see, we don’t spend a week at Disney or on a tropical beach, nor do we take a two week cruise. Not that there is anything wrong with those types of vacations, they’re just not for us. No, our vacations generally include hours sitting on a bike saddle and pedaling for many miles. Sometimes we hike up a mountain side to explore an 11th century ruin or we may spend hours wandering through the streets of a town that dates back to the medieval times and believe it or not, we may do all things listed above and then some in the same day. So yes, we need to train a little for vacation. Yes there are a couple of hills in Florida

With that being said, we decided to drive out to Clermont (Florida) and ride some hills. Mid-morning Saturday we met up with Sam (he’s going with this year) and ride a route that he’s ridden a couple times. The only change to his route was that Ron wanted to add the famous “Sugar Loaf Hill” to it. Of course there was some grumbling about this, but in the end everyone made it and  was happy about it. Someone also suggested riding fully loaded, but in the end only Ron played along, so for fun he carried 50 pounds on his bike. That guy is not right in the head! After knocking out 36 miles around central Florida, the crew feasted on pizza and Radlers (.5 liter mug filled with one Corona & Sierra Mist -70/30 mix) at Sam’s pad. Good times! Sunday we opted to keep things somewhat adventurous and interesting, so we rode to Pine Island. Today’s route was going was going to take us up the Gulf Coast and through Aripeka and Weeki Wachee. If you’re not familiar Weeki Wachee this is where the Florida Mermaids live. Google it if you don’t believe us. After a quick bite and a spin around the island we headed home. Instead of riding the same route home we decided to find a new route back. After making our way back to the Suncoast Parkway we followed it until reaching Starkey Park and from here we were home free. In the end we were able to squeeze 119 miles and some hills, which made for a great weekend.