Cycling down the Croatian Coast 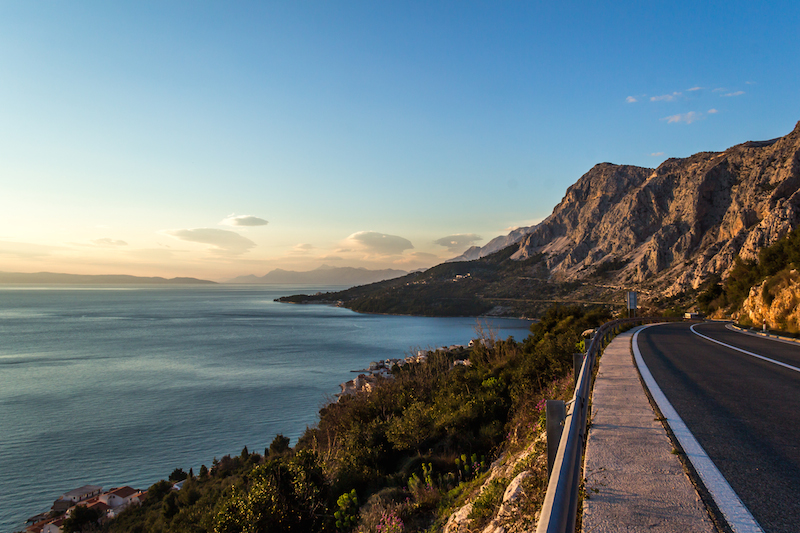 13 Mar Cycling down the Croatian Coast

Posted at 13:17h in Croatia by Petra 0 Comments
0 Likes
Share

We are really looking forward to cycling down the Croatian coast! We have heard and read about the rugged coast line and the beautiful blue water; yet, neither the stories nor the pictures, really do the stunning landscape any justice. 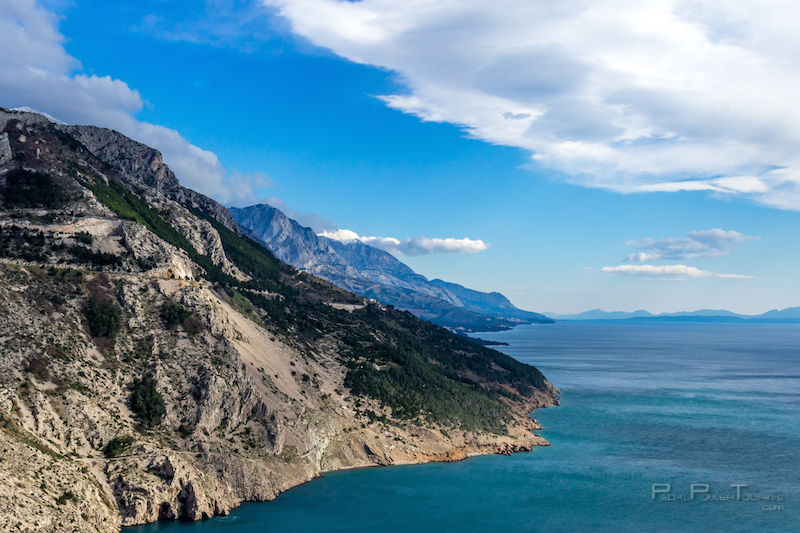 Although, we finally get to enjoy a lot more sunshine and a little warmer temperatures, we still encounter a lot of headwind, which is kindly called Bura or Bora in this part of the world.
According to Wiki, Bura (Bora) Wind – is an unpredictable wind that blows from the mainland towards the sea in gushes. It is relatively cold and dry, reaches moderate strength and can last several hours. It usually has an average speed of 16 kmh all year; however, in the winter months it can be extremely unpredictable with gusts between 100 and 220 kmh, and has been known to knock people over, flip cars, and turn over ships. 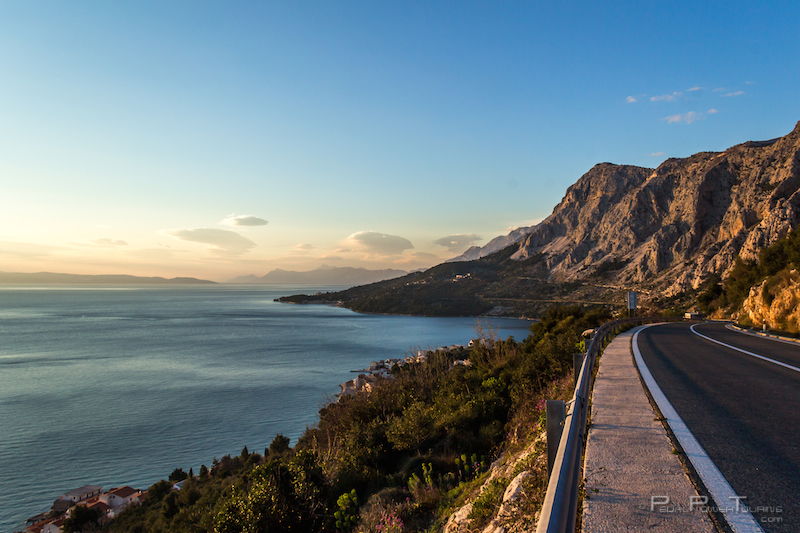 Luckily, we do not experienced anything that severe and Bura acts more like a little spoiled brat than a ferocious monster as we are making our way down the coast. While we cut in and out of several bays and coves, Bura likes to sweep down the mountain range as fast as possible and bounces of rocks and other mountains in every-which-way. Sometimes he pulls or pushes or tugs on our fully loaded bikes, other times he tries to throw a real tantrum fit and wants to push us over the railing or into passing traffic. That’s when we give in like stressed out parents, get off the bikes and struggle to push our bikes in a straight line for a few meters until the little brat calms back down.
We do not mind too much though, who would want to race through this wonderfully scenery anyway!? 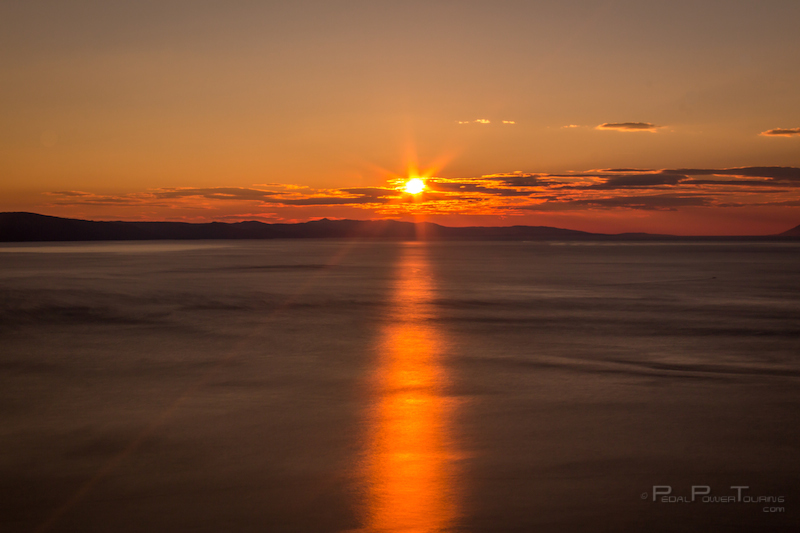 Eventually, after 50 miles of riding and just around sunset, we finally find us a quiet little place between olive trees to spend the night.
Shhhhh, don’t let Bura know where we are, because he also likes to pull out tent stakes at night. 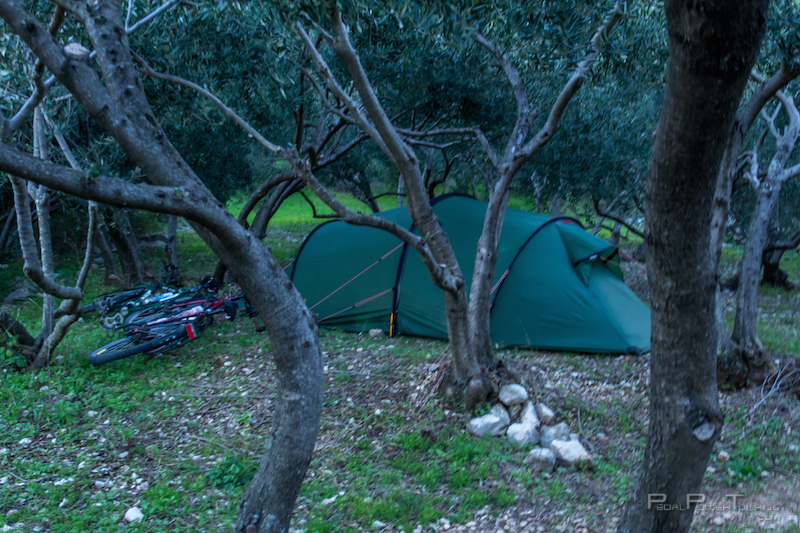 We were lucky and Bura slept like a baby most of the night. However, he got up just in time again to accompany us for the rest of the following day down the coast, and all the way to the next border. 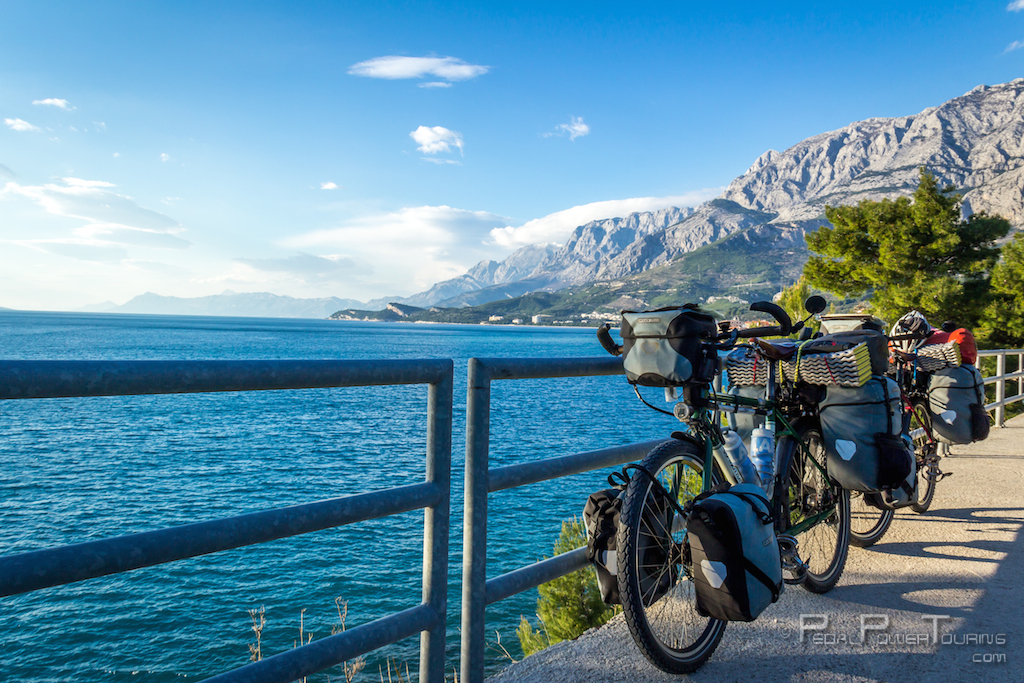 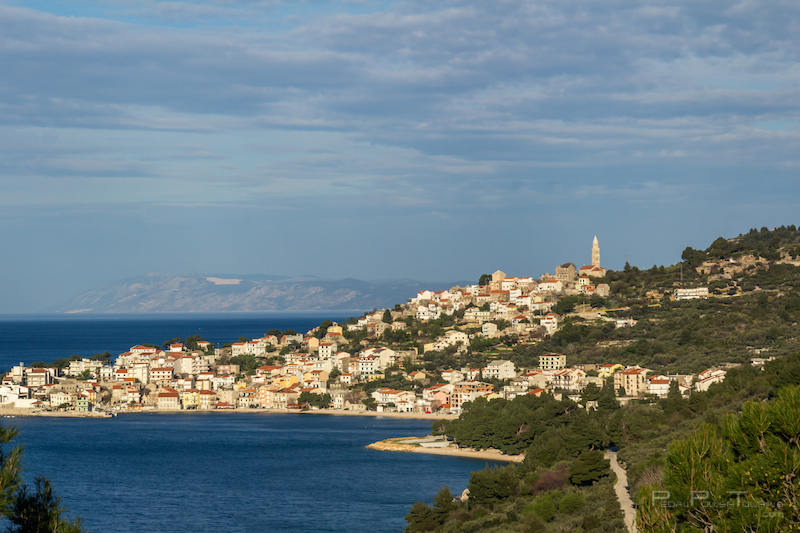 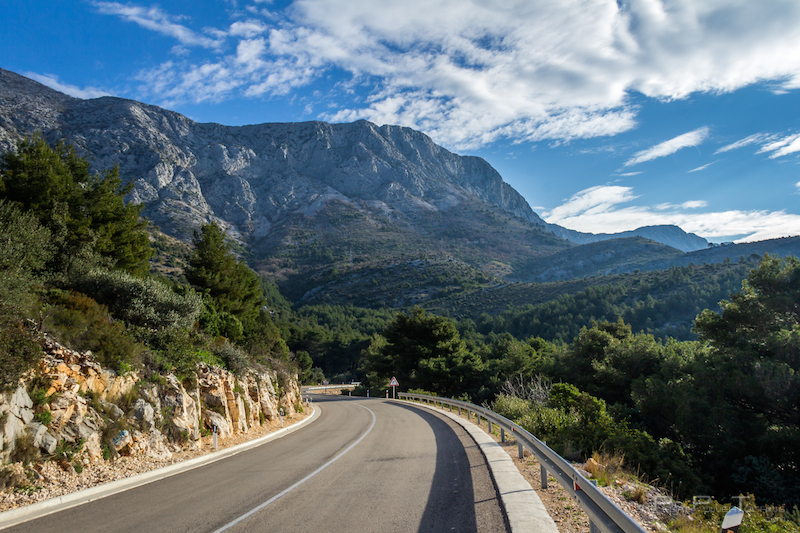