Posted at 18:00h in France by Petra 2 Comments
0 Likes
Share

Day 117 – 119 (3/5 July 2013) – Feeling tired, exhausted, accomplished, and a little overwhelmed by the experiences over the last two weeks we found our way to a campsite on the outskirts of Santiago.

There, we met a Dutch bicycle pilgrim who rode his bike from Holland and a German cyclist riding from his hometown near Dresden. Both of them made their pilgrimage along the Camino Francis to Santiago. All four of us hit it off well right away, so we celebrated our achievements together with a few cold beers, while sharing our stories. 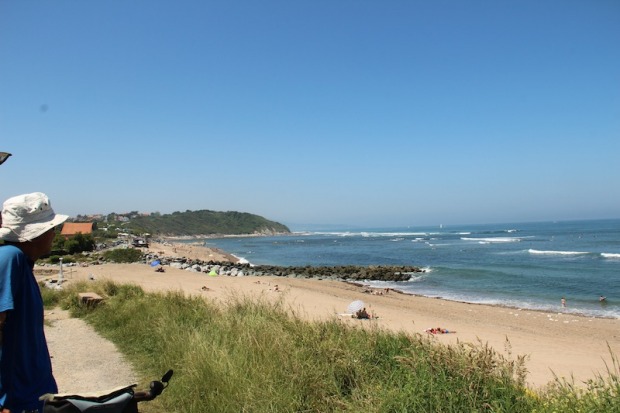 After a long night of celebrating, it was time to make plans for the next part of our journey. Initially, we wanted to finish the El Camino by riding out to Finisteria, which is situated by the ocean. Traditionally, pilgrims burn their pilgrimage clothing at sunset here as a symbol of rebirth. However, we believe that our journey is not finished yet, and decided to wait until we reach home, before burning our clothing at the ocean. (besides, we brought only so many clothes anyway…) 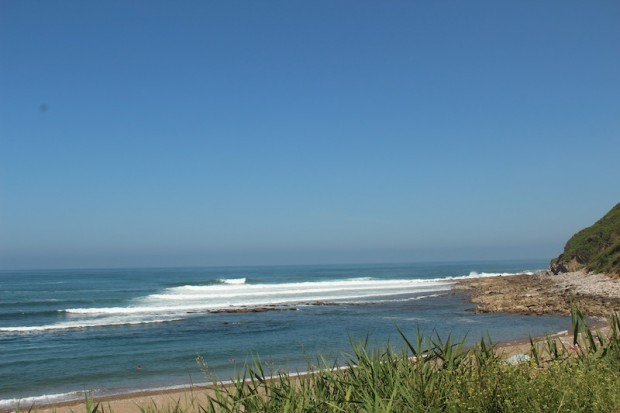 Also, we had plans of seeing a stage or two of the Tour de France, either in the Pyrenees or in the Alps. We tried to do the math and believe, that we might be able to see a stage, if we could catch a bus or train closer to the French border. We head back to town to check at the train station, just to find out that bikes are only allowed on short distance trains. This means it would take us at least three days to make it to the border to France. At the bus station, we received more promising news. A bus runs twice a day to Irun, which rests right at the border; one bus runs in the morning and one at night each taking about 13 hours. All we have to do is take our front wheels off the bikes and wrap the bikes in plastic. We opt to take the overnighter, in hopes to sleep on the bus. 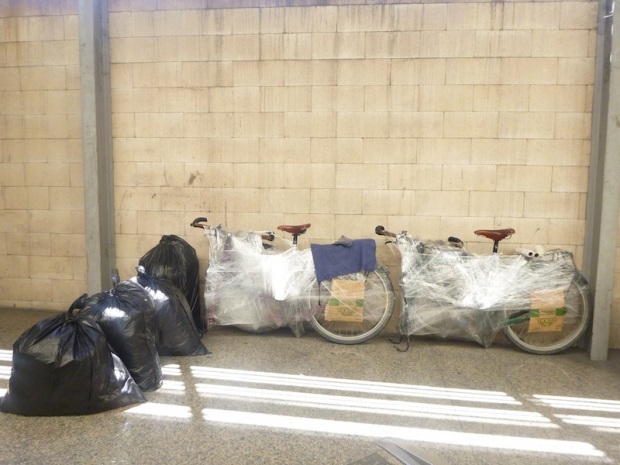 The next day we buy plastic wrap and food supplies before heading back to the bus station. Once there, we get busy wrapping our bikes…this is so much easier than trying to box them up!!!

After waiting for a couple of hours, we get on the bus and start the longest bus tour of our lives!

Our hopes to get some shut-eye were crushed by numerous bus stops along the way, people entering and leaving the bus, and people talking on the bus. 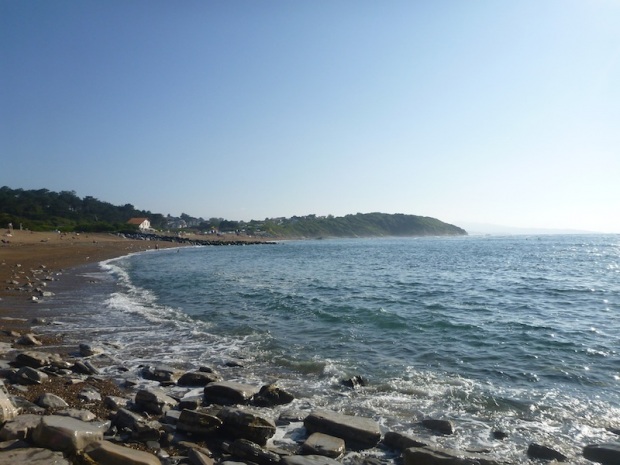 So in the morning we arrive in Irun…tired, sleepy, exhausted, and somewhat foggy.

We put our bikes back together, have another cup of coffee and start pedaling through town trying to find a map of France.

After checking several bookstores and gas stations, a store clerk tells us if we ride down the road, through the next traffic circle, we would be in France and our luck of finding a map might be better there. 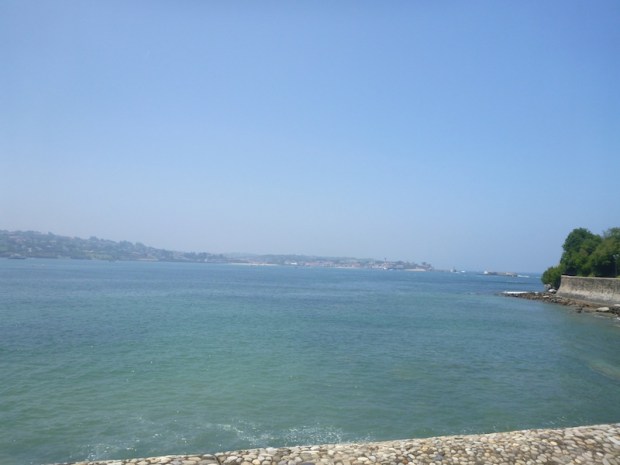 So we kept going. We were looking forward to another border crossing, so we were a little disappointed to not even see a sign motioning that we have crossed into France. Even on this side of the border we had no luck in finding a map that would be useful for biking in France. Eventually we stumble upon the local tourist office, which had a local map of the town that showed some campgrounds. Tired from the long sleepless bus ride, we decide to ride just a few more miles to the next municipal campground, right along the Atlantic. After a small case of “sticker-shock” caused by the campsite prices, we set up camp and take it easy for the rest of the day. All we manage to do is to check out the more rugged looking beach across from the campsite before crashing for the night. However, on the way there we notice the “Euro Velo 1” sign on the small road we had to cross.