16 Aug Remembering the past

Day 144 – 145 (Jul 30/31)  –  The closer we get to the Normandy coast, the more we are reminded of the country’s history during WWII. Monuments, memorials, and historic markers are reminding everybody of the past and an abundance of British and American flags that are decorating stone houses and little villages are demonstrating the gratitude toward their liberators. Here, history is not forgotten. 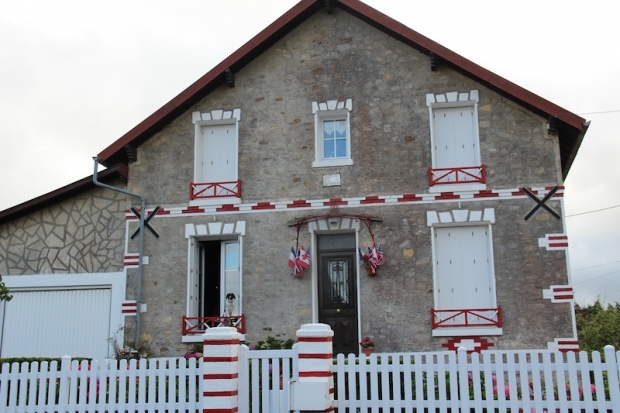 Many of the older generation are truly appreciative and fly the spangled banners. To many French people it is still mind boggling, how so many young men from thousands of miles away were willing to sacrifice their lives for strangers they have never met before, so they could have freedom. 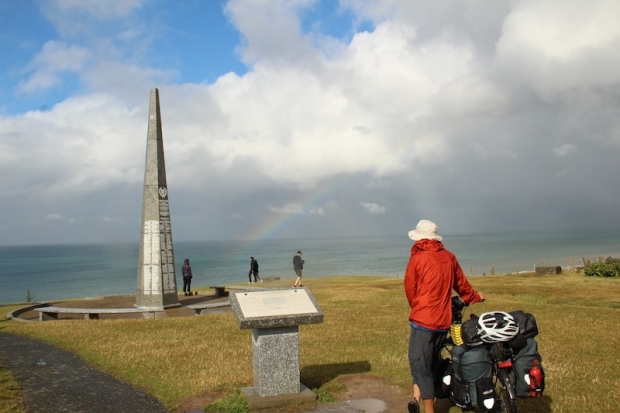 As it starts drizzling again, we find our way to Omaha Beach. We came to see where thousands of brave men landed and sacrificed their lives to bring freedom to France—and evidently ended WWII. We climb the banks where the German bunkers were to defend the beach and saw how vulnerable of a target the allied forces must have been coming ashore. The distance over the beach and up the hill is surprisingly far. And we could not imagine the chaos and horror that must have transpired here on this now peaceful coastline. 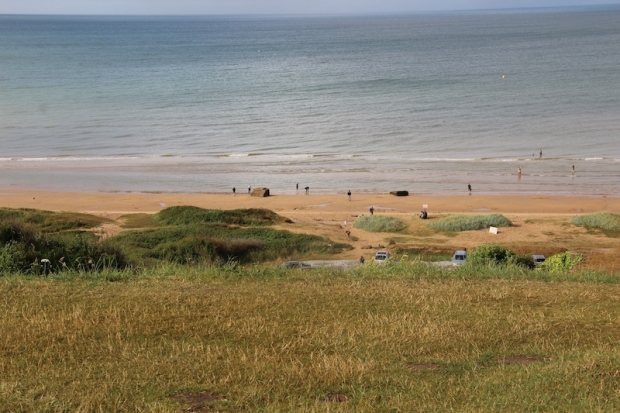 We take some time to stroll along the beach in the rain and collect a little sand and a few colorful rocks to remember—we know our selection of souvenirs can be a little odd at times.

We have been to Arlington Cemetery before and were very touched by the thousands of graves we have seen there. However, for some reason it touched us even more to see the thousands of perfectly aligned white headstones this far from home. They are well taken care of and many visitors leave flags and flowers to still honor and thank the strangers today. It is also worthwhile to stop by the visitor center, just make sure you bring a couple of tissues to watch some of the historical footage of D-Day and the testimonies from witnesses of the time. 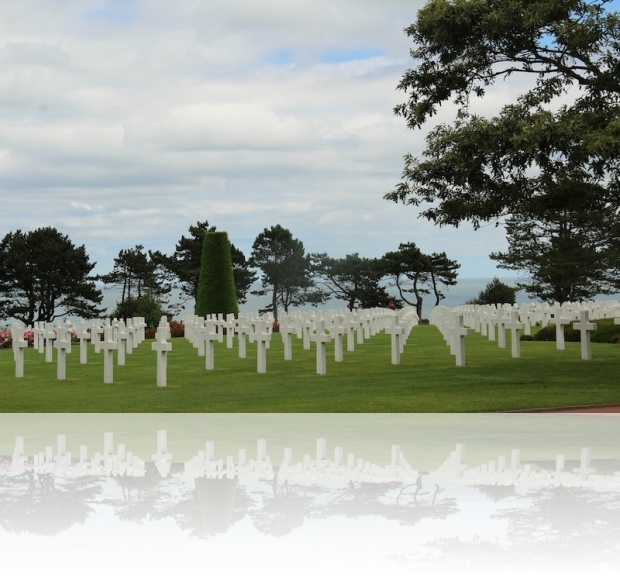 After a couple hours we decide to ride to Pointe du Hoc, where the Rangers first set foot on land in Normandy. It was said to be impossible to breach this area; however, the Rangers managed to break through and pretty much ensured the success of D-Day. Today there are still many destroyed bunkers and gunneries to see. It is also fascinating how the bomb craters have transformed the landscape into a even more rugged looking coastal area. 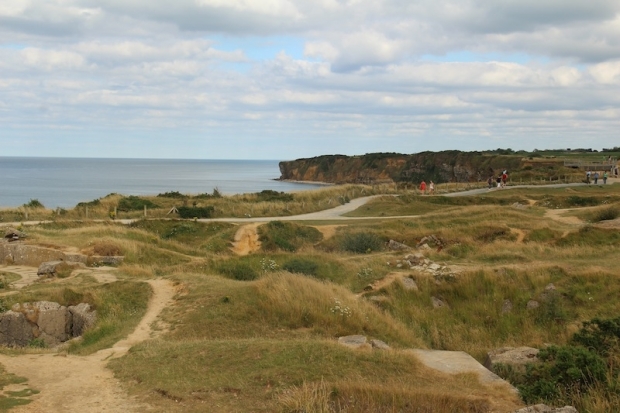 On the way to Point du Hoc, we ride along more of Omaha beach, where we meet Jean-Michel. He just happened to flag us down as we are riding by and asks whether he could borrow our air pump to pump up the tires on his speed sail. Out of curiosity whether that would actually work, we stopped and let him borrow it and watched him pump up the thick tires. 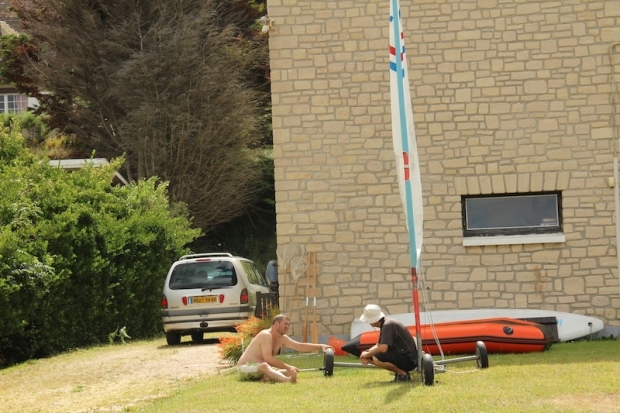 As a thank you he invites us into his home right at the beach, hands us two beers and we have a good time chatting away. He tells us about the area and some of the history. His family joins us and we end up having home baked cake together.

Soon we come to find out his brother is bike traveling for a year and left France on June 6th (D-Day) as a sign of liberation and is now in California.

Eventually, it was time to keep going. Jean-Michel offered us to camp out in his front yard–right at the beach. Unfortunately, we were already set up and paid up at our campsite 10 miles away and had to decline; although, we would have loved to stay a little longer.