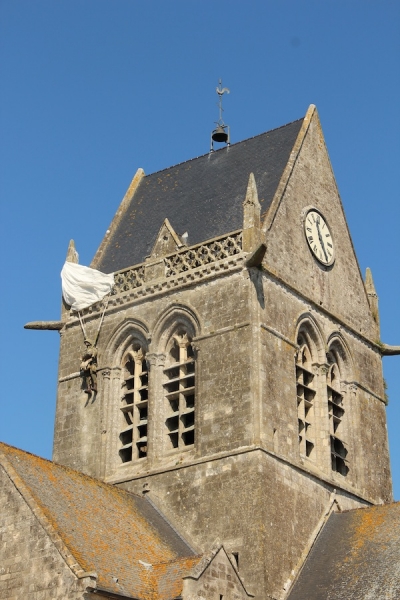 Day 146 (1 Aug 2013) – We have a lot planned for today…Besides pulling our tired selves out of the tent in the morning we also need to catch the Ferry from Cherbourg, France to Poole, England around 18:45. However, along the 60 km bike ride there, we also want to see some more historical sites, like St-Mere-Eglise. 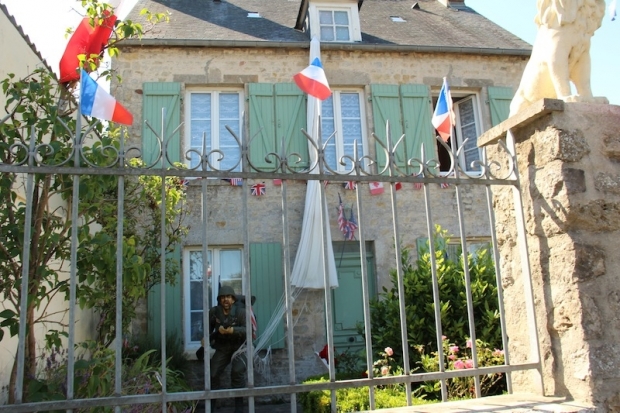 We are following parts of the “Voie de la Liberte”—or “route of liberation”, which actually starts in St-Mere-Eglise and ends in Bastogne in Belgium. Several milestones along the way mark the dates and places that have been liberated after D-Day and provide short explanations of what was going on during that time.

There are many more monuments and memorials giving tribute to the liberators and others that have sacrificed to end the war.

St-Mere-Eglise was the first town to be liberated and today a route can be taken through town that is full of signs and boards that depict this event.

Every year St-Mere-Eglise commemorates the 6th of June and invites veterans and paratroopers from the USA to celebrate their liberation. And every year a paratrooper will jump and land in the town as part of the celebration. 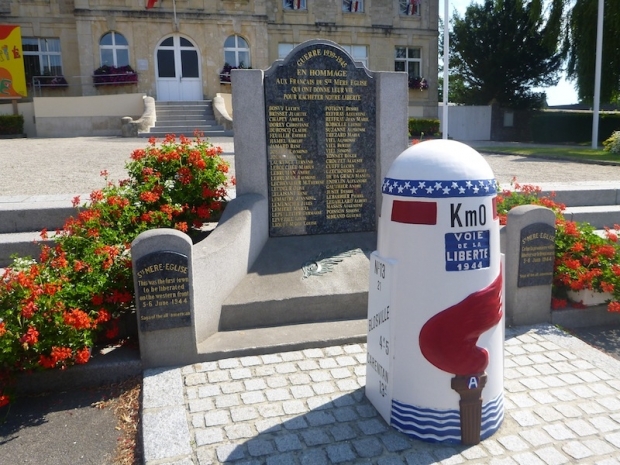 When we first enter town, we see a “Paratrooper” inside someone’s front yard, with his chute still stuck on a window. Another—more famous—paratrooper-statue is hanging off the church’s steeple. Today, there are still marks from the bullets visible around the louvres and upper part of the nave. Also, inside the church two stained glass windows depict the night of June 6th 1944. 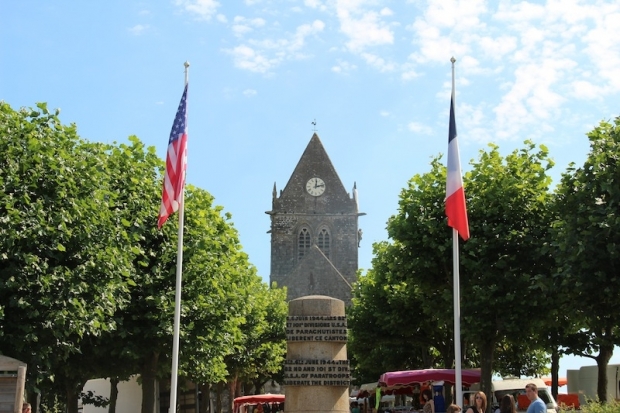 After following the historical pathway through town, we keep riding north to Cherbourg and eventually get on our ferry to Poole, where a wonderful family will host us for the next two nights.