Posted at 17:00h in France by Petra 0 Comments
0 Likes
Share

Day 133 – 134 (19/20 July, 2013) – After a short down day, we get back on our bikes to ride up to Nantes. As we are leaving the campsite, we meet Craig, who is also heading up into the same direction and gives us a hint on another municipal campsite along the route. However he has a slightly different path planned than we do, so we set out on different ways. To our amazement, our paths cross every once in while though, which is pretty funny, considering that he travels much faster on his road bike than we do. Eventually, all three of us are stuck at a roadblock, where a motorcycle accident occurred just a little while ago. Tragically a young man has been killed in the accident. We meet moments like this with mixed emotions. On one hand, it makes us think that we should spend more time with family—especially our daughters (who we miss a lot), on the other hand it confirms that we should continue with what we are doing, because life can be too short to wait ‘till later. 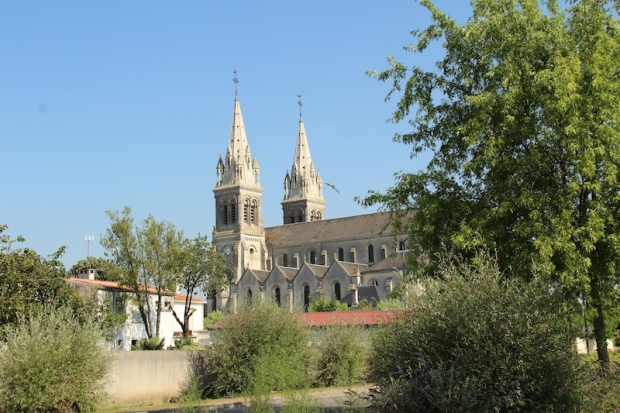 After about an hour of waiting, we can finally pass by the accident, and eventually we make it to the municipal campsite, that Craig suggested.

Once we get there, we are a little confused by the absence of a reception office. All we can find is an information board, that has a phone number listed and from what we can gather (since we don’t know French), there is a way to pay at the mayor’s office in the village. Since it is late in the day and we do not have a phone, we choose to pitch our tent and deal with the payment when somebody decides to show up. 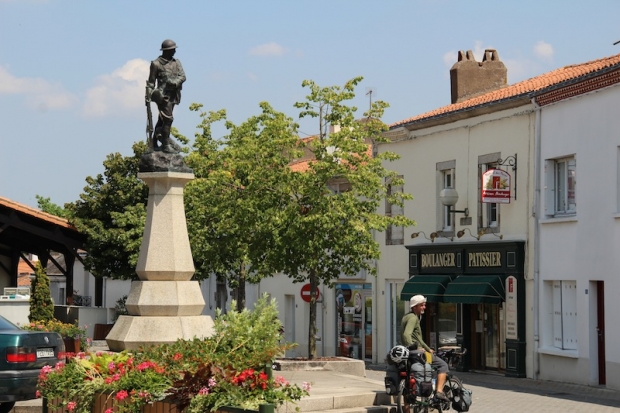 A little while later, Craig shows up as well and follows suit.

After eating breakfast and packing up in the morning, we still have not seen anybody official to pay, so we decide to ride to the mayor’s office. However, they are closed for the day. Craig decides to wait a little while longer before setting out; however, from what he tells us later that day, he never got to pay anybody either….so somehow we ended up staying for free that night.

Following another wonderful day of riding through the French countryside, through little villages with sandstone houses and friendly people we finally make it to Nantes. 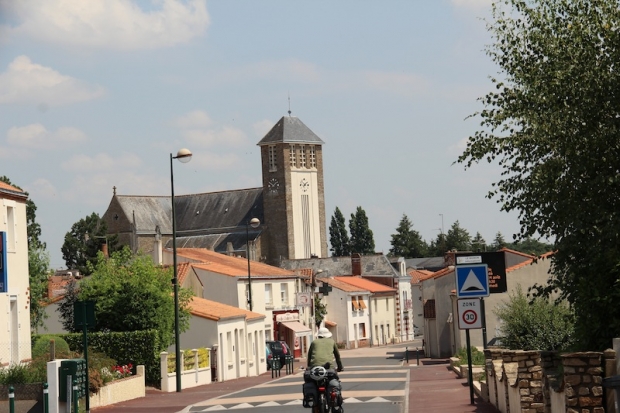 Initially, we only wanted to stay a night at the town, but once we entered the old part of town, we quickly realized, that there is more to see. When we check with the tourist information office, we are told that all the campsites are filled. Thinking, that there should always be room somewhere for a couple of bicycles, we head to one of the campsites anyway. Once there we run into Craig again. Unfortunately, all three of us are told that they are unable to accommodate us. Craig decides to get a room –  possibly in a youth hostel; we decide after some more riding through town, to check with the other campsite, which is located 8 km outside of town in the other directions.

And luckily, we did!!

Once we arrive there, we are greeted by the most energetic reception girl ever. The campground is officially full as well. However, according to the attendant, Claire: “there is always room for bicycles!” So we get to pitch our tent somewhere between sites and should we want to stay longer, we can just move our tent into an official bike-camper spot in the morning. 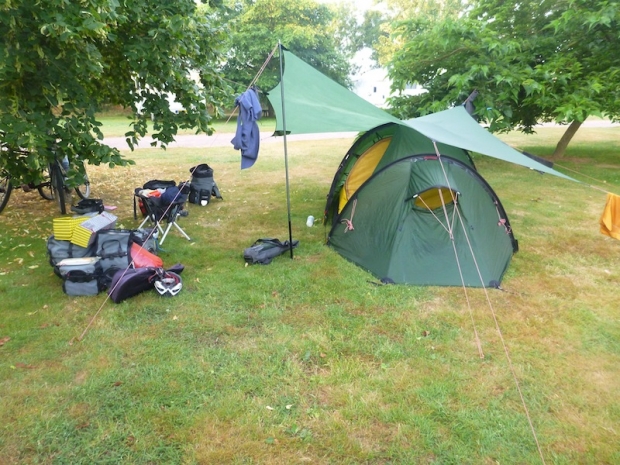 Actually, we are amazed as to how many bike tourers are present at the camp. As we leave the front office to enjoy our “welcome drink” out front, we meet another German cyclist, and a couple from Switzerland, who are also indulging in some local brew. Before we know it we spend several hours, chatting away in a mix of English, German, and French, and have a great time with the other campers. 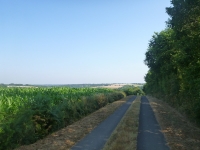 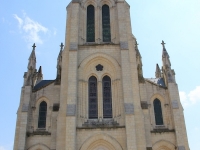 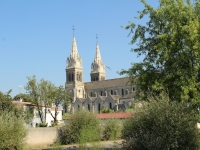 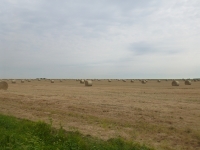 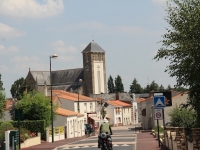 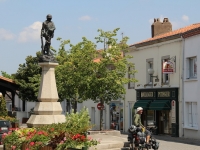 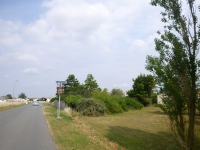 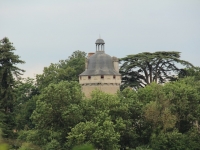 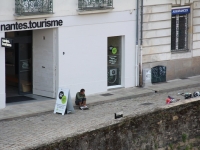 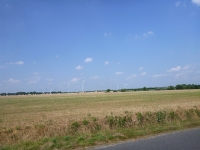