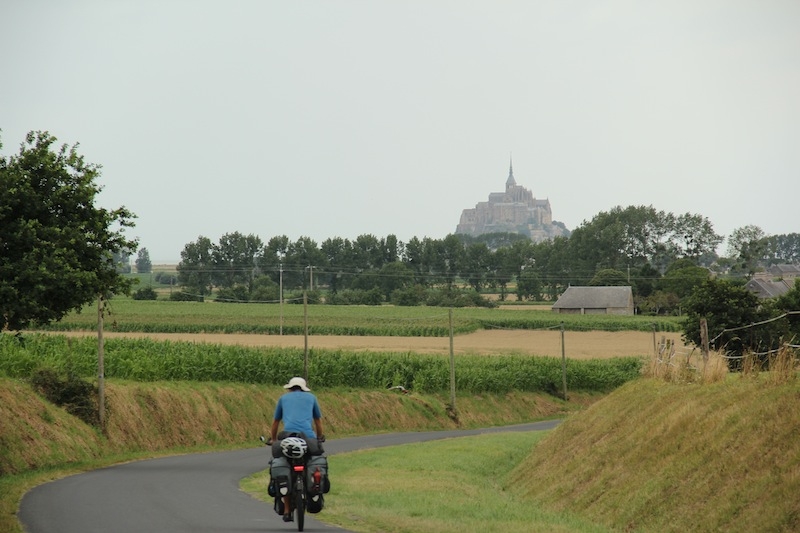 Day 143 (29 July 2013)  –   We can spot Le Mont St Michel literally from miles away. The abbey stands magnificently placed on top of a rock just off the coast—it is huge, beautiful…and unfortunately full of camera-toting-tourists. 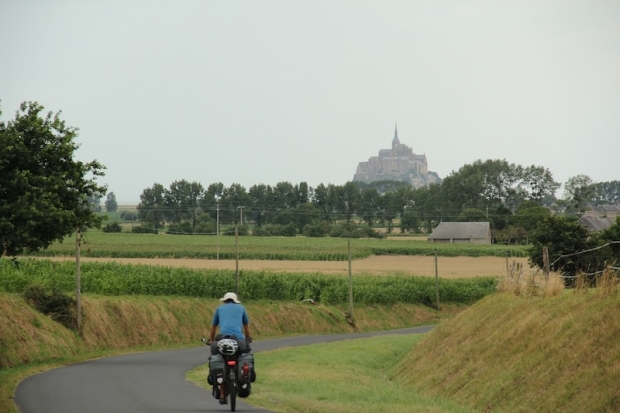 Apparently, this abbey started as a small church in 709, while in the 11th century the abbey church was founded and the first monastery buildings were raised. Sometime during the 100-year war it was necessary to surround it by walls to protect it from enemies and a village started to form around the abbey. At some point it was one of the most important pilgrimage sites in Europe and during the French Revolution and Empire it served as a prison. 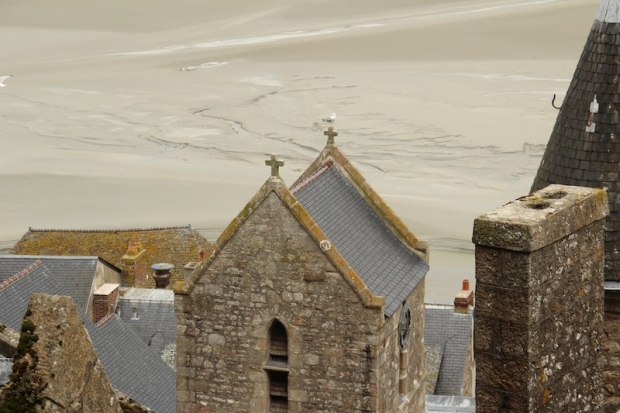 Today it is an UNESCO World Heritage Site and has become a tourism mecca with about 3 million visitors a year…and it feels a little like Disney World has gotten some of its decorating ideas from here. 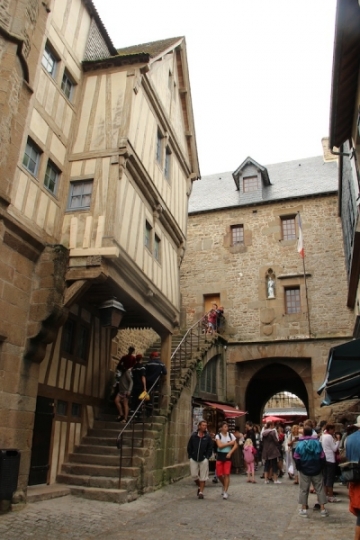 We check out the beautiful sight, but are happy to leave the tourist-mania behind us. After riding a few more miles toward our next campsite, we spot a sign to a German military cemetery on our way, so we decide to stop and give it a visit. The German war cemetery Mont-de-Huisnes is with almost 12 000 graves one of the smallest German war cemeteries in France. For us it is just a small taste of the historic war memorials we are going to see throughout the next few days…and a much quieter place to visit.