Having Tagine in Tangier

17 May Having Tagine in Tangier

Posted at 13:33h in Morocco by Petra 0 Comments
0 Likes
Share

Day 65 (13 May 2013) – After a huge, tasty, breakfast on the terrace, we headed off to find the bus station for long term busses. Since we heard that it is difficult to take the bikes on the trains, we thought about taking a bus to Marrakech and then ride North, back toward Tangier. 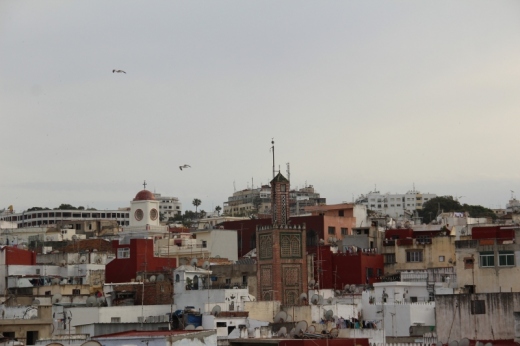 After a long walk through the old and new parts of town we found the bus station. Unfortunately, the only bus available leaves in Tangier at 16.30 and does not arrive in Marrakech until 02:30. Where the heck is someone to go at 02:30 in a major city in northern Africa, without speaking any Arabic??!! Also, we could not get a straight answer on how much it would be to transport the bikes or our bags…the answer was somewhat like “bring it by and we’ll let you know”.

So we discussed plan B, which will be riding out of Tangier in the morning and head South toward Marrakech. 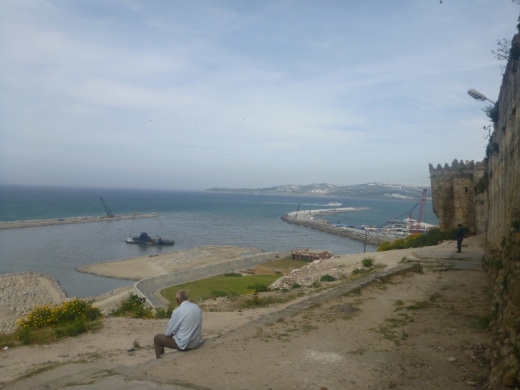 Confident with our new-fetched plan, we decided to just wander around the ancient Medina and the Kasba. We thought we’ve seen little alleyways before; however, the ones here are mazes of alleyways and stairs, there are markets branching off the alleyways, forming even narrower alleys…one could get lost over and over again. People in traditional and modern garb are scurrying around like ants on an anthill. There are the occasional mopeds, tuck-tucks, and small trucks with children trying to hang to them driving in between. The whole scene seems like the organized chaos we’ve seen on TV in some Indiana Jones movie. Amazingly nobody gets hit or hurt! 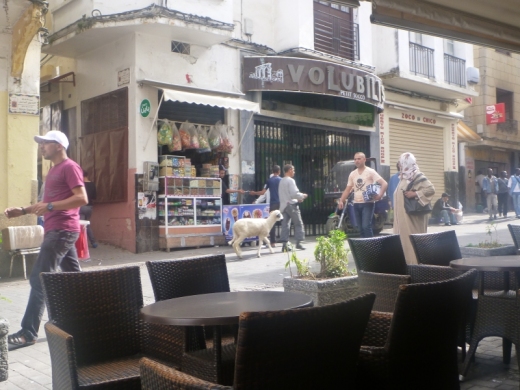 After being hassled by some restaurant waiters to eat the ‘best food in town’ at their place, we decide to check out a small place off the beaten path. The owner was not trying to run after us and win us over and there was no menu to show us. “Menu is in my head” he says. He was extremely helpful by showing us what he had to offer and how the food was prepared in a Tagine. Also, all the ingredients were fresh from the market–how could we resist!? We sit down and have the best meal in a long while. Afterward, the owner and the cook are eager to take some pictures with us, which we are sure to e-mail back to Mohamed and Hassan. 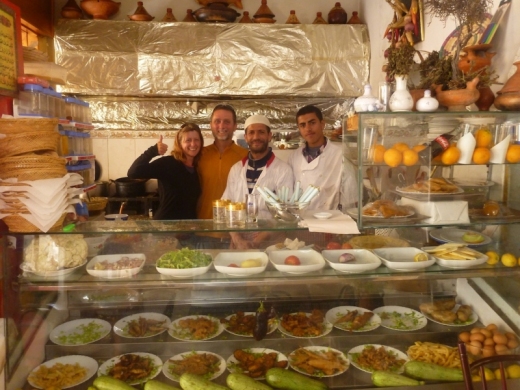 The rest of the day we spend, galavanting around town, checking out the colorful Souk (market), and do some people watching while enjoying some freshly brewed mint tea. 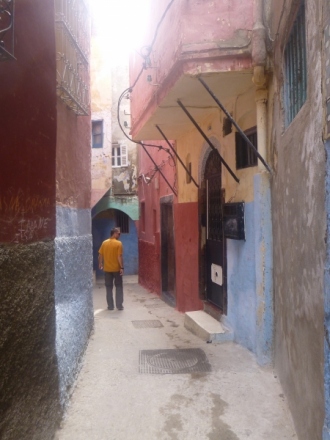 Tip – Use your keyboard left/right arrows to scroll through album! 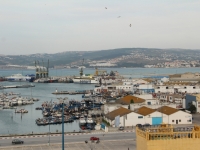 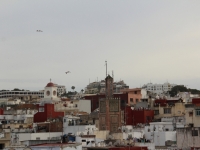 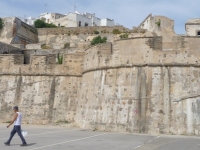 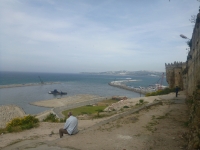 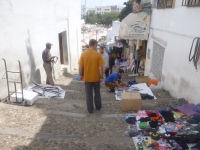 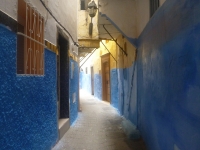 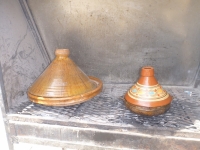 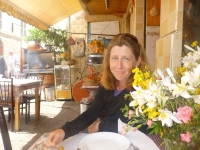 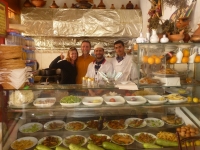 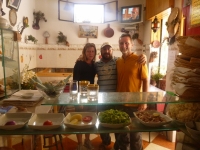 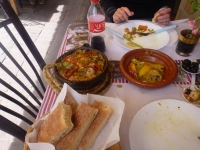 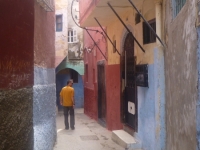 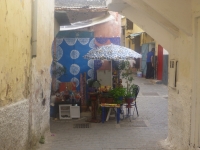 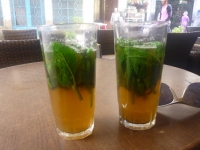 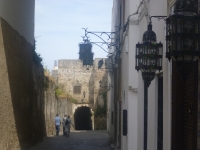 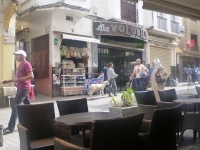