Day 47 (25 April 2013) – After sightseeing Toledo and enjoying the locally made sausage, cheese, bread, and bottle of wine, Martin and Ine (our Dutch campground neighbors) invited us for a glass of wine. We met Martin the night before. Since he likes cycling as well, he had some questions about our bikes, checked them out for a moment, and went for a “test” ride. While talking with Martin, we realized how small our world really is. Although he was in the Dutch Air Force, he happened to start his helicopter pilot training at Ft Rucker Alabama—the same place where Ron went for his helicopter maintenance training.  We hung out, chatted, and had a great time until late in the night—around 01:00! Which makes for a difficult time trying to get up in the morning and a long day of cycling. 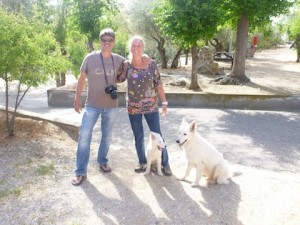 After coffee, tearing down camp and getting our last blog posted, we finally hit the road, starting with a gradual 3 Mile climb right out of the campground. 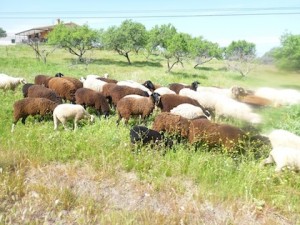 We made our way through several small towns, through some beautiful wide valleys nestled between rocky, rolling hills. Along our way several cyclists give us friendly waves and cheers as we pedal up some of the hills. Because this road was labeled as a scenic route we were a little apprehensive of taking this route initially because we thought traffic would be heavy. 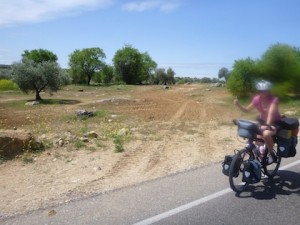 However, we could not have asked for a better route: the road was freshly paved and had a wide shoulder, the traffic was very light and the few cars and trucks that passed gave us plenty of room. Actually, all the drivers have been very courteous since we landed here, including our ride into Madrid from the airport. 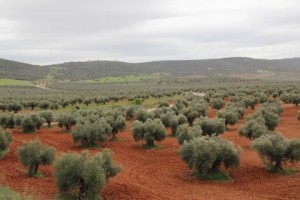 About 30 miles into our ride we came upon a fork in the road. We had to choose between going up and over the mountain or take the 900-meter long tunnel. The signs pointed out that tractors and pedestrians were not allowed in the tunnel; however, there were no signs prohibiting bicycle traffic, so we went for it and took the short cut. 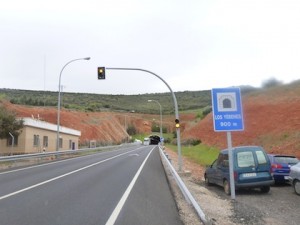 On the other side we had a better view of some windmills on top of the mountain—maybe those were the ones Don Quixote fought (if you don’t know him, google/bing him). By the way the scenic route was the Don Quixote route, so we got to see plenty of different statues and pictures of him along our ride. 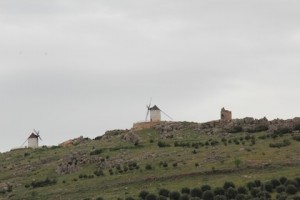 Eventually, it was time to get supplies for the night and to look for a place to camp. Since the closest campsite was the one we left in Toledo, we had no choice but to find a wild camp spot. We found a spot along a tractor road, nestled between some fields and hidden behind a few trees. After eating and setting up the camp it was dark and we were both beat from the 67 miles, so it was easy to fall fast asleep. 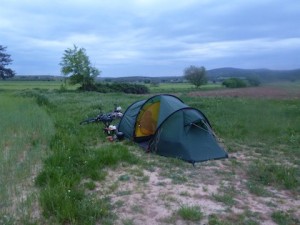