Short visit to Seville…we learned we are not “tourists” anymore

Days 81 & 82 (29/30 May 2013)  – Since we felt, that we were slacking off lately, we went on a long ride today– all the way to Seville. As we leave town, we run into a German couple waiting for a local bus ride close to the campground. Once they discover our plan to make it all the way to Seville today, they just shake their heads in disbelief; however, we did it! 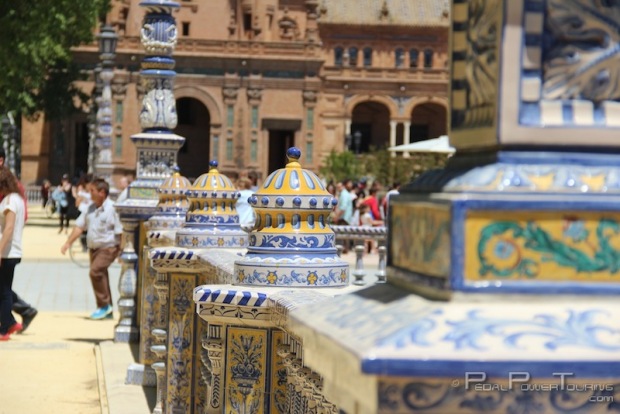 It was a long, not very eventfully ride along a major traffic route, so we were happy to have made it there in one leg. We even had enough time to set up camp, cook and eat dinner,take showers, and to hang out for a little bit before it got dark. 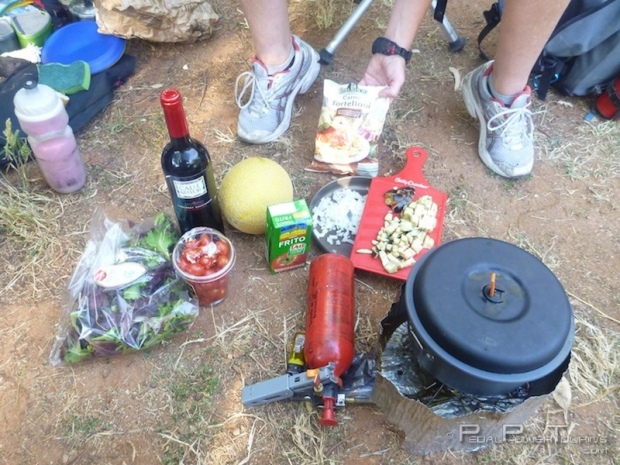 The next morning we took the bus in to Seville do some sightseeing, since our campground was located about 8 miles outside of town. The bus route ended right next to the Plaza de Espana–how convenient! 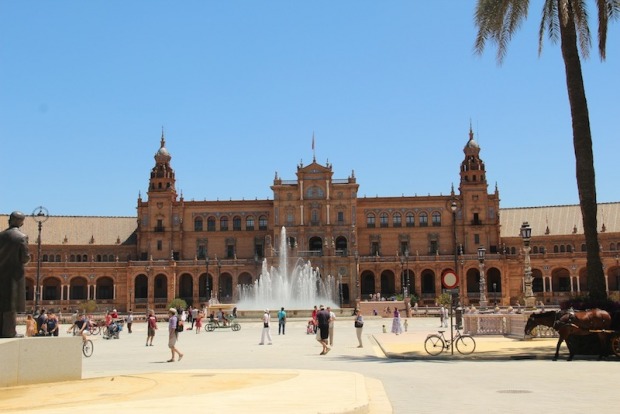 The building around the plaza is massive and stunningly beautiful. No wonder it has been the filming location for a few major movie sets in the past. 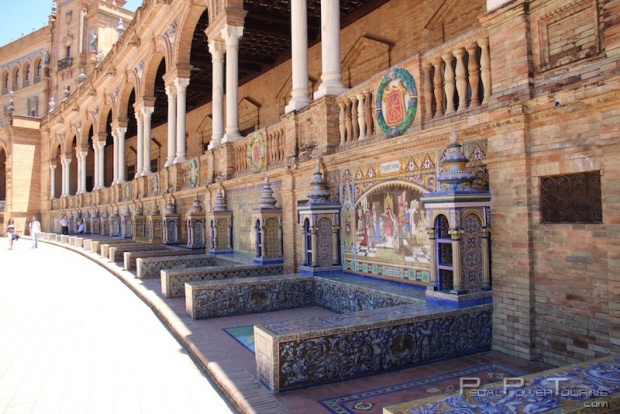 After taking a short hike through the park toward the cathedral, the Alcazar, and through the Jewish quarter with its narrow roads, we feel like we had enough of the sightseeing business and looked for a small local hole-in-the-wall pub to rest up with a small cold beer. The place only had a few tables, but played good relaxing Spanish music and had a hodgepodge of old radios, clocks, and other old things decorating the walls. 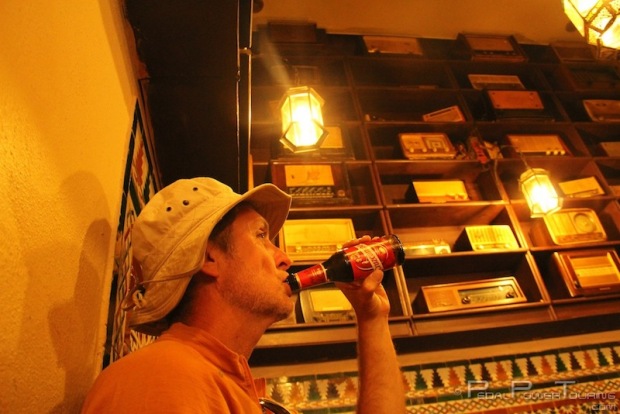 For some reason neither one of us felt like doing the touristy run around anymore, so we decided to take the bus back to the camp. Unfortunately, it was a local holiday, so we had to wait over an hour for the next bus…what better thing to do than sit on a park bench and people watch!?  After all, there are only so many cathedrals and monuments one can see, before they all start looking the same! 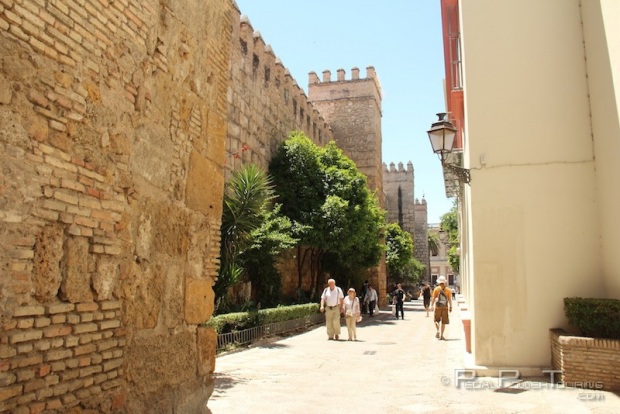 Happy with our decision to escape the tourist trap, we  return back to the camp, and rest up. We are sure a lot of people believe we have missed out to see all of the city, but after a few months of traveling and sightseeing, we have learned to like the small quiet towns much better than the big hustle-and-bustle tourist cities.

Tip – Use your keyboard left/right arrows to scroll through album! 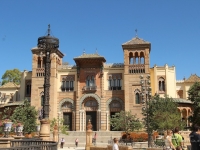 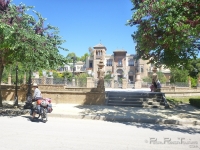 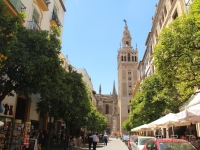 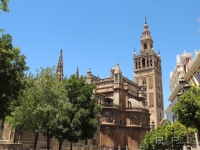 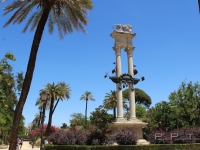 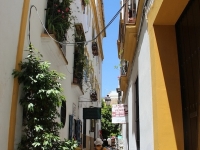 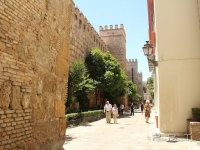 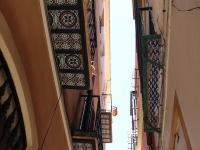 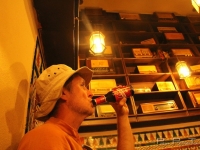 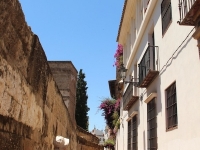 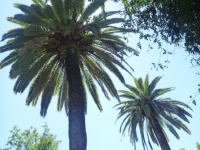 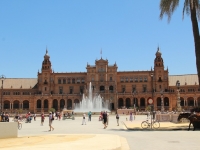 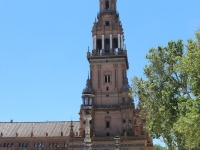 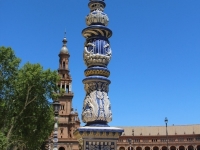 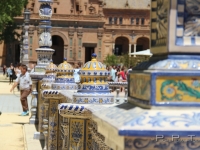 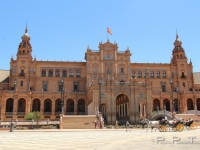 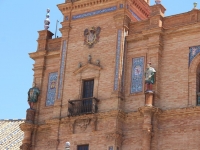 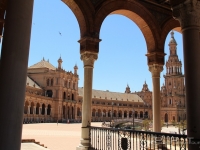 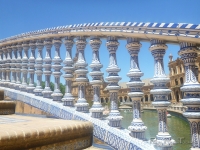 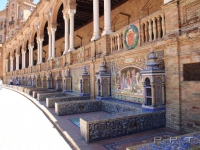 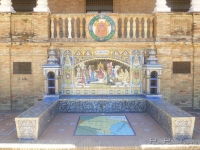 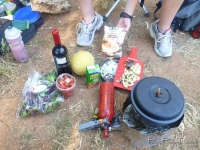