Via Verde and fences…nothing but fences

06 May Via Verde and fences…nothing but fences

Day 53 (1 May 2013) – Initially, we wanted to go see the Medina right outside Cordoba, unfortunately it was May 1st (a national holiday), which meant that all the tourist sites were closed for the day. So we swiftly decided to pack up to hit the road. The weather was still gloomy and cloudy, but fortunately it did not rain. As we pedaled along our planned route, we find a sign pointing us to the Vera Verde, which is the Spanish version of the Greenways—where parts of old railway routes have been converted into unpaved, mostly gravel, bike paths. 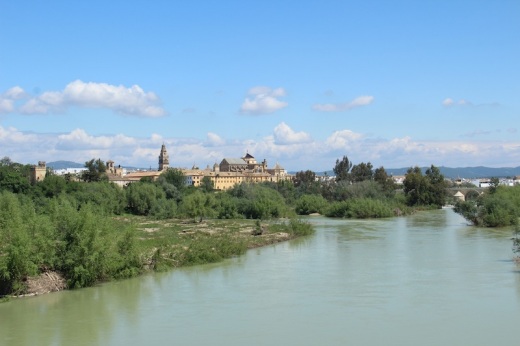 Since it was going somewhat into the direction we were headed, we decided to go off-road for a little while. The scenery was great; we only saw flowers, fields, and wide, open spaces. For being a gravel road it was pretty smooth, and since old trains did not do so well going up steep mountains, we only had few gradual up hills to climb. We even made it through an old tunnel. 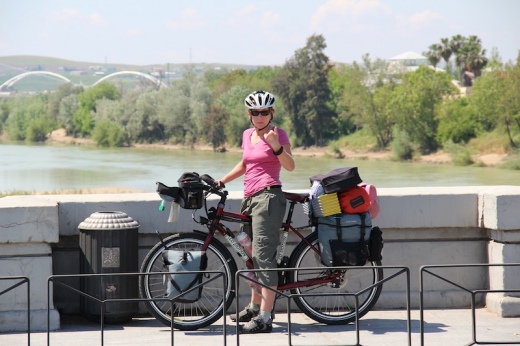 At some point we thought travelling along the dirt route would slow us down too much, so we found our way back on the road and headed towards our next destination…what a mistake that was, the “paved” road, turned out to be a patchwork of potholes and patched up patches of tar…which made for an even more bumpy and slower ride. Also, now we had to climb up and down the many hills and mountains that are scattered throughout Andalusia.

As it was getting late, and our legs became more tired from all the climbing, we started looking for a camping spot…nothing seemed to be available. All we saw were fences to the right and fences to the left, fences going up and down steep mountain cliffs along our route, and along the creeks and rivers. The only spots not fenced in where private olive-tree orchards, or spots that have big rocks scattered all over, which makes it impossible to pitch a tent. 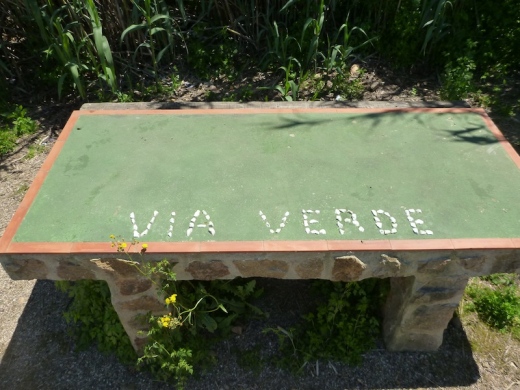 Just as we were getting worried to not find a place for the night, we spy a small field with tall grass along the side of the road, we could not see a “no trespassing” sign, so we pushed our bikes off the road to go pitch our tent. It was not the best place in the world, the ground was uneven, and the road was really only a few feet away, but nobody could see us and we were so tired we fell asleep quickly. 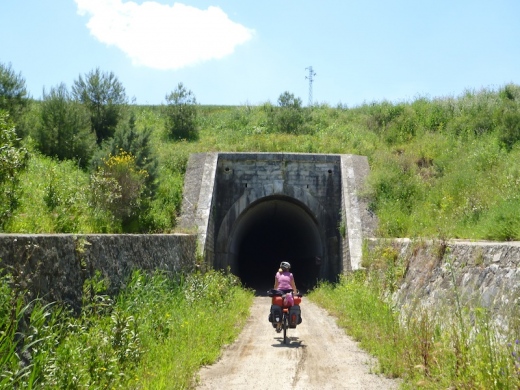 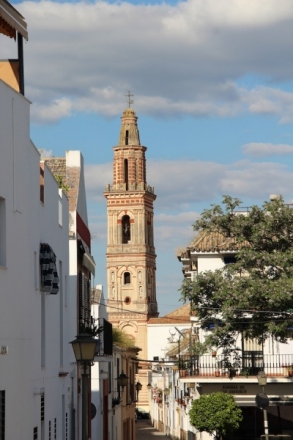