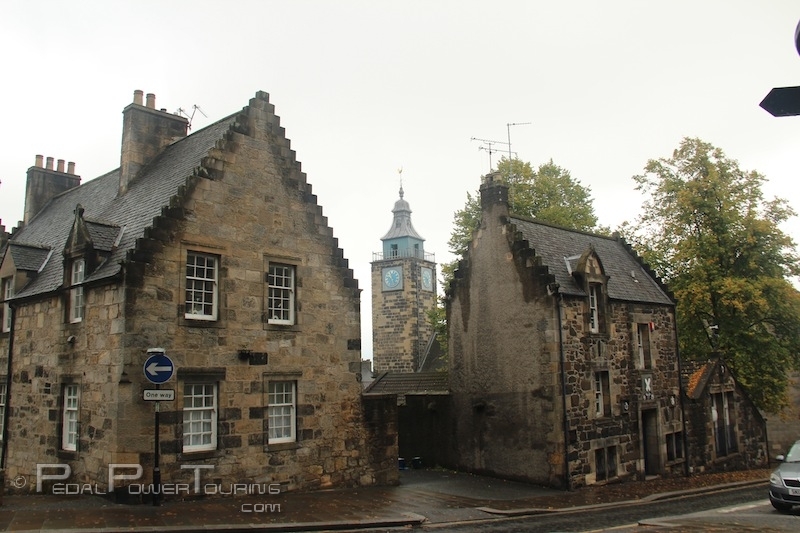 Day 214 – 219 (4/9 Oct 2013) – It is raining all morning, so it takes a little while to pack up all of our belongings and bikes back into Ute’s car.  We really would have liked to kept cycling, but there was no way we could have made it into southern England in time to start working on the ship within the next few days. Also, we still wanted to see the Falkirk Wheel and maybe Edinburgh on our way. 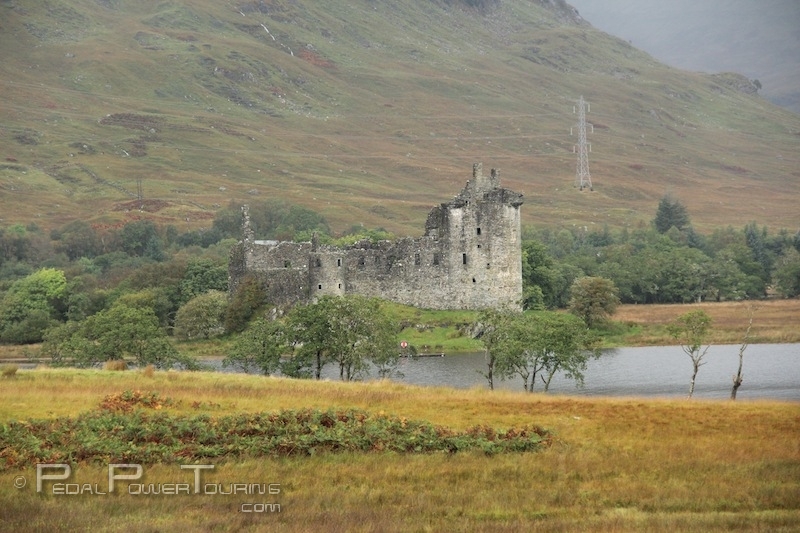 Eventually, we gave our goodbyes to Deb and Gary and headed off with a late start. As we try to find our way back over “Rest and be Thankful”, we notice that the road was closed (we later find out it was closed due to a landslide…thank goodness, that did not happen while we were riding over it!!), so we have to take a detour. Apparently, there is no such thing as an easy/short detour in Scotland; the detour takes us 70 some miles out of the way. Since it is still raining, and the road is narrow and windy, it takes us longer than anticipated and we do not even get close to Falkirk. At least we get to enjoy the mountain scenery a little longer. Later in the evening, we find an even smaller road along our route to set up camp for the night in the thick fog, on a big lay-by, on the side of the road. 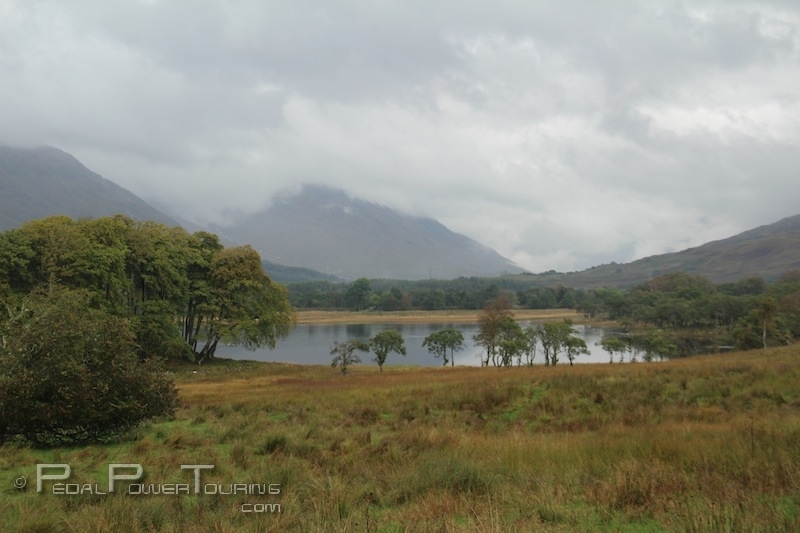 In the morning it is still foggy; we pack up our soaking wet tent and make a quick cup of coffee before we try to reorient ourselves. Since it was already dark last night and because the fog was so thick, it takes a moment to realize where we are at and that this tiny road would take us right into Stirling. 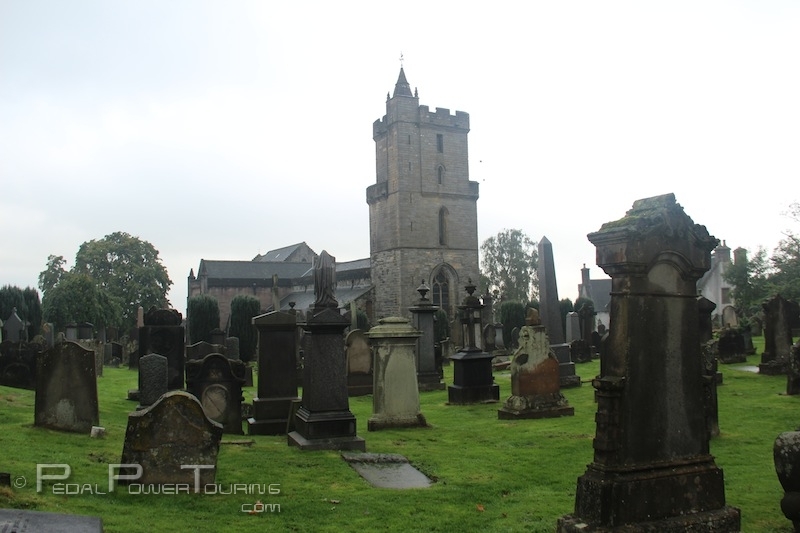 We’ve met several people in Scotland who told us, that Stirling is not really worth seeing and we were initially going to skip the town. However, since we are already on this tiny road leading to it anyway, we decide to give it a visit. To our surprise, there is more to see than we thought. The old part of town has several plaques to inform about the history of the church, castle, several buildings, and monuments…with figures such as Robert the Bruce, William Wallace, and many others, there is much to read about. 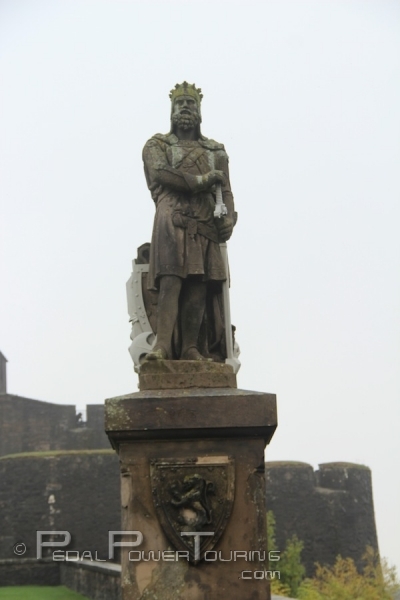 Eventually, we keep going to check out the Falkirk Wheel. We were told about the wheel while riding along the British Canals. It is said to be an engineering marvel and lifts or lowers boats traveling through the Union Canal. Basically it is a huge merry-go-round for boats, but takes very little energy to power. Besides watching a boat getting lifted up to the upper canal, we also enjoyed playing in the little water park that was set up next to the wheel. 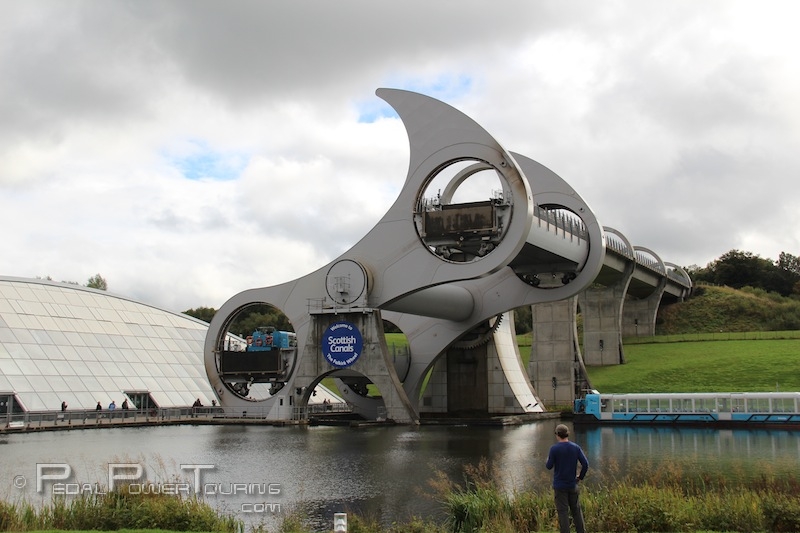 Tired of looking around and doing the touristy thing, we decided to skip Edinburgh. None of us like big cities anyway. So we head south to Dumfries where we stayed on a campground for the very first time a month ago when we first came to Scotland. The next day we start our very long drive down to Colchester, where we are going to help restore a boat…so we thought.