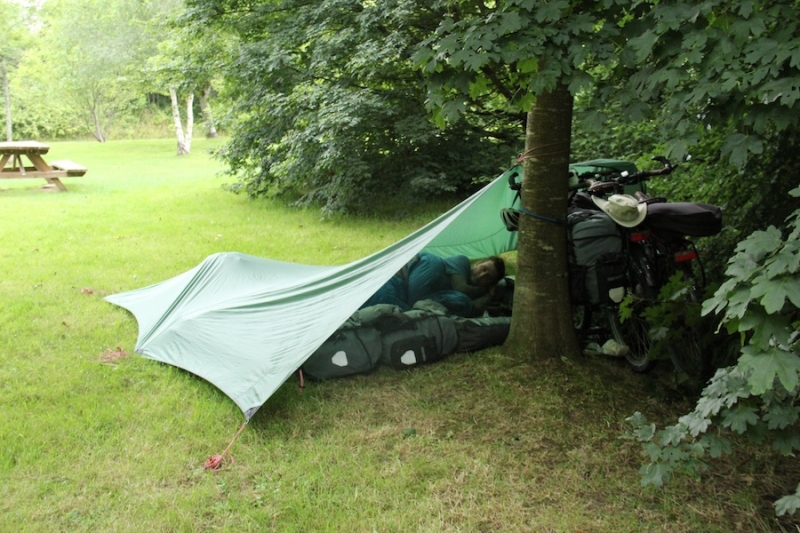 It was almost dark when we finally found a campground; however, after discovering they wanted nearly $40 just to spend the night, we decided to ride back down the road where we noticed a lot of folks in motor homes (RVs), camping trailers, cars and semi-trucks sleeping in a rest area just off the highway. We figured if they could do it, so could we! Not wanting to appear as though we were “camping”, we only set up our tarp and threw all of our stuff, including ourselves and bicycles under it for the night. It worked out well and we slept like babies.

In the morning after packing up, we made our coffee, ate breakfast, and used the restrooms before taking off and nobody seemed to give us a second look. Surprisingly, most of the people in the RVs, camping trailers, and trucks appeared to still be sleeping. 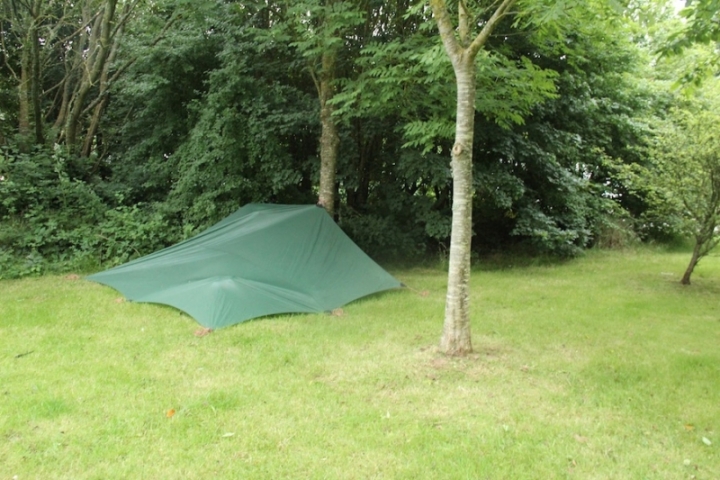 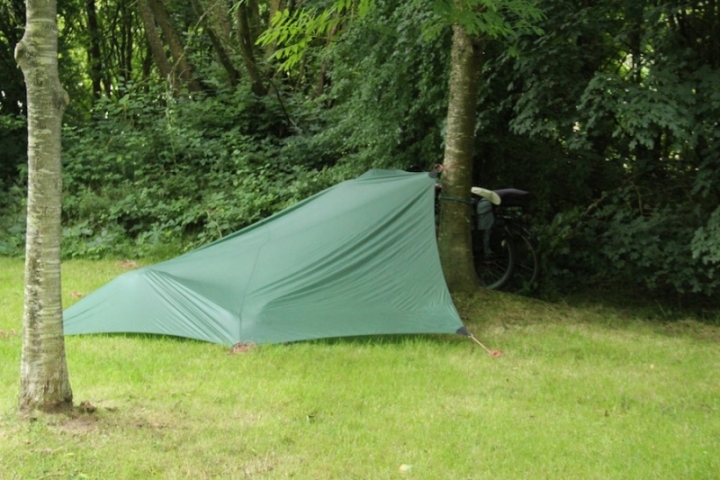 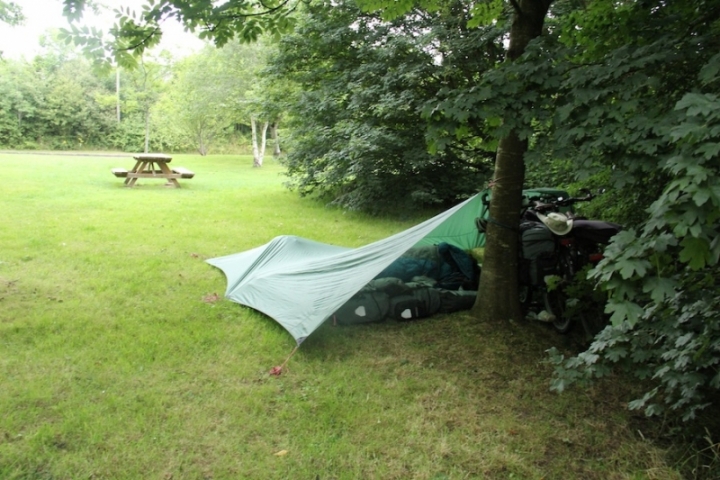 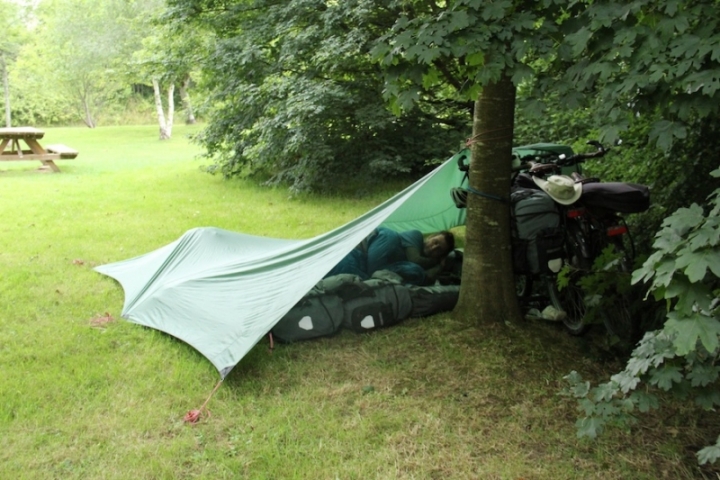 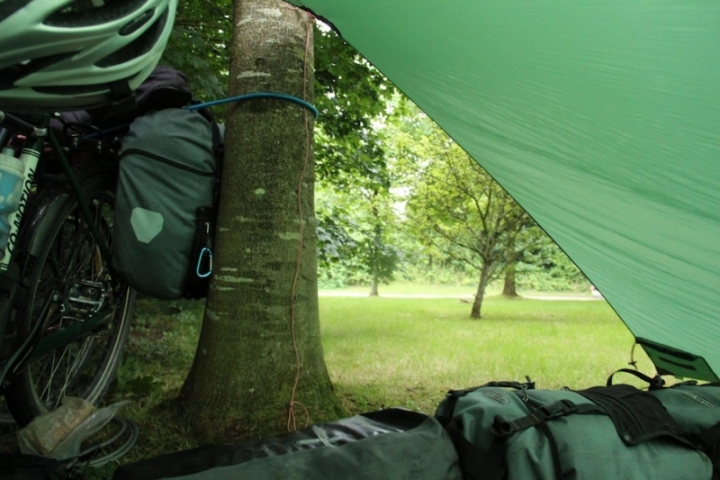 It’s hard to imagine that just 5 months ago we slept in our house, in a nice bed, had great jobs and we gave all this up to sleep on the ground in places like this, a rest area, under a tarp, and next to the highway! Life is good!