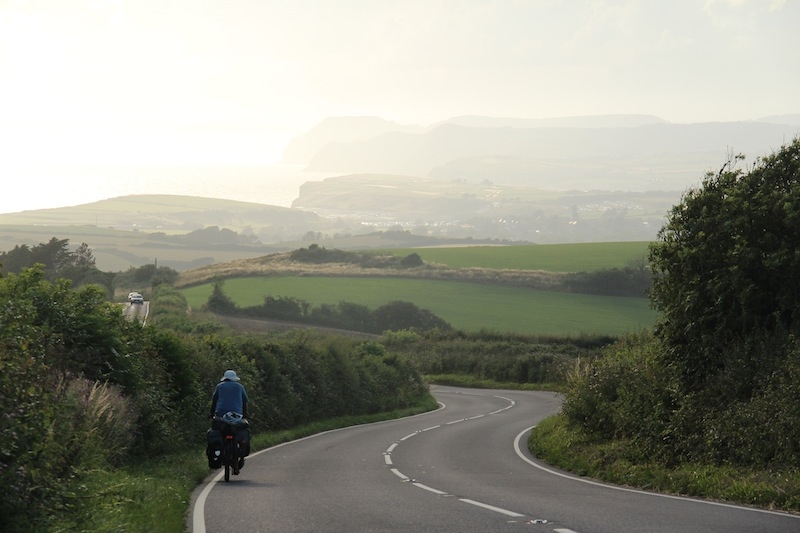 Well, we found out quickly. 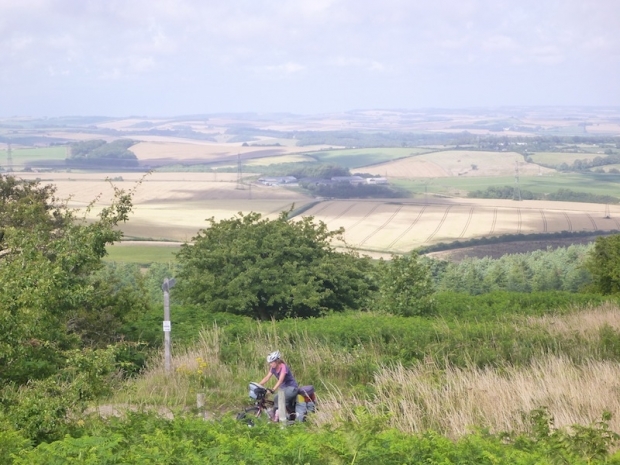 After leaving Poole, we headed west, so we could eventually meet up with Jessica in Falmouth, which lies in beautiful Cornwall. This area along the south-west coast is pretty much considered the British Riviera and happens to be full of tourists at this time of the year. Unfortunately, a lot of tourists make for a lot of traffic. Throw some very narrow roads, very steep hills (15% – 20% inclines), windy conditions, and high speed limits in the mix and it makes for a little bit of stressful riding…. Oh, and lets not forget, we get to ride on the “wrong” side of the road. 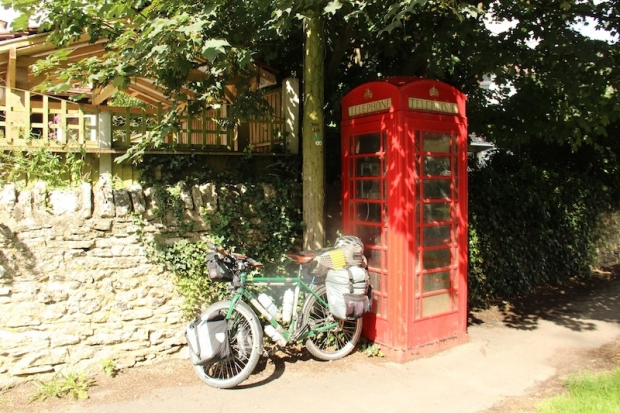 For some reason we have a hard time wrapping our heads around this left sided traffic, especially when crossing intersections and maneuvering through double-roundabouts. Well, at least we managed to move our mirrors to the right side of our handlebars, which helped calm the nerves a little bit. 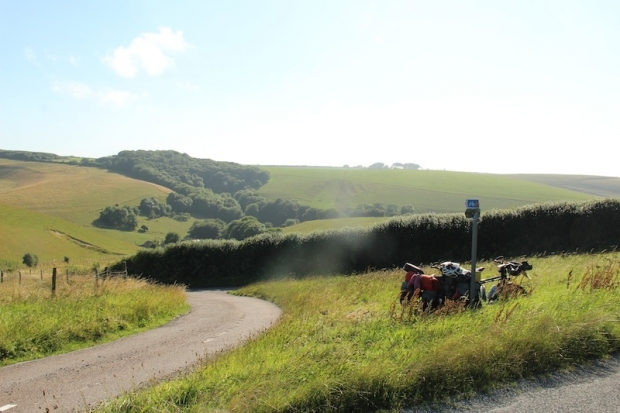 We try to follow smaller roads into our general direction; however, they often lead right back to the busy main road that we are trying to avoid. Also, the hills seem to be even steeper on the secondary roads. Often times they are so steep and slow us down so much, that it is hard to ride in a straight line with our fully loaded bikes. Not to mention, the roads are so narrow with high hedge growths and walls on either side that often only one car can pass. At times, we feel that at any moment we would make contact with somebody’s side mirror. 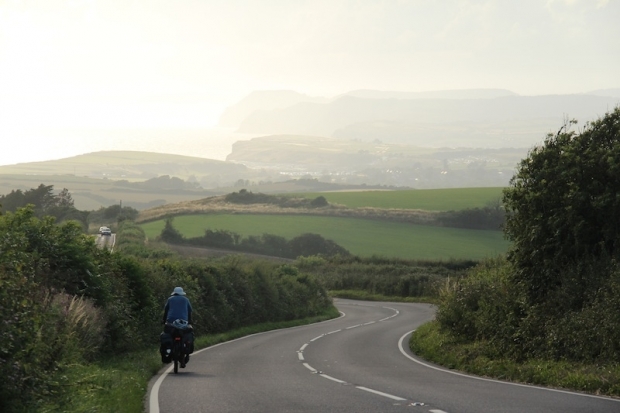 We decide to take several breaks to get out of the traffic and to enjoy the beautiful countryside and the views of the Jurassic coast.

Eventually, it was getting late and we start looking for a place to spend the night, to do it all over again the next day. 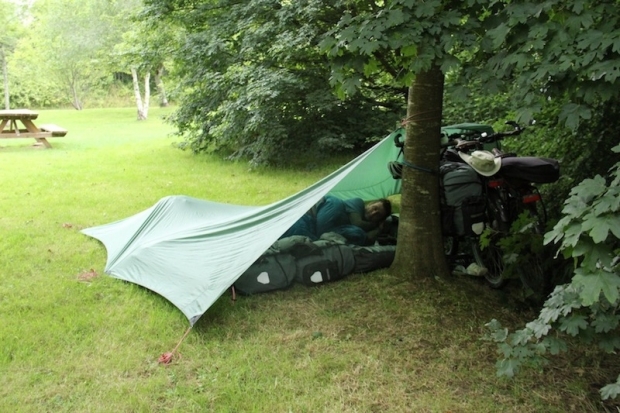 So next time somebody gives us a warning about traffic and hills….we will try to listen more carefully.